Beauty Boxes or: That Time I Got Free Stuff

I've been hearing scuttlebutt about all these monthly subscription beauty sample things that have been popping up lately, and I've got a lot of emails from people asking what the deal is/are they worth it/is the stuff good/blah blah blah...

The thing is, I am cheap.  I don't really like spending money on stuff I don't 1000% want. I've heard that a lot of the box subscription things, like Birchbox or Glossybox or whatever, sometimes send crap like designer bandaids and hair ties and stuff that is not exciting, not makeup, and seems like filler.  Also, I've heard shipping is slow... basically, all I've heard is people complaining, and I just didn't want to spend my money on something I heard was sucky, when I could save my money, or spend it on something awesome that I want.

Then, I got an email offering me free stuff.

Usually, when I get offers from companies, they are obviously just sent to every email address the company has for anyone who might have a makeup blog.  They offer stuff I don't want in exchange for a post.  Then, I'd have to link to them in the post, and mention their company's name x-amount of times, and then they also want me to set up a giveaway with you guys where you have to comment on the post and say how much you love the company, and then, obviously, they get a second blog post as a bonus when I announce the winner of the World's Biggest Ass-kisser Contest.

ANYWAY, I got an email a month or so ago from someone who works for Wantable.  Maybe you've heard of them.  I had never heard of them.  So, they write me and offer me free stuff, but IT SOUNDED LIKE THEY HAD ACTUALLY READ MY BLOG.  That was a first, and enough to get my attention... YES?  TELL ME MORE ABOUT HOW HILARIOUS I AM.

Wantable is a new monthly makeup box program like the other makeup box programs.  The thing that I can see different with these guys, as opposed to the other guys, is that their seasonal boxes are curated, and they give you full-size products instead of samples.  So, where you might get some cards with blush samples and a mini bullet of lip balm and some bandaids and a packet of lotion sample from a different subscription service, these guys would send you, like, 6 or 7 full-sized products.  The products are all part of some kind of "look," and all the products go together, color-wise.  Aside from those differences, they don't actually sign you up for an ongoing subscription.  Rather, you sign up for a box and then are invited to get subsequent boxes every season.

Also, it seems like the stuff you get is determined by a profile you fill out with your hair color, eye color, and skin shade.  I didn't fill one of those out, but the little paper that came with my box had my description on it like a mugshot, so obviously the person who sent it poked around my blog enough to see what I look like so they'd send the right stuff. 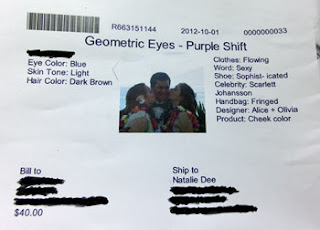 Here is a pic where you can see the profile they filled out for me.  They had me pegged as considerably less gritty than I am, what with the Flowy, Sophisticated, etc etc.  I assume that pic is the guy who sent me all this stuff.  Sup, Daddy? 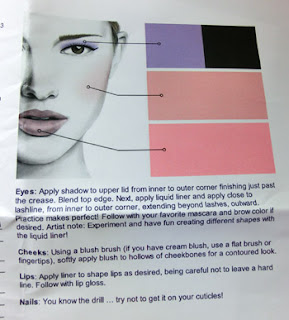 This is the makeup style they suggest with the box contents. 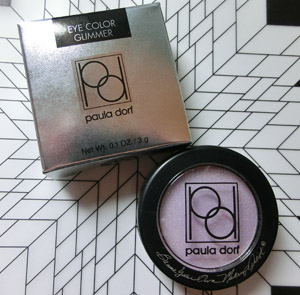 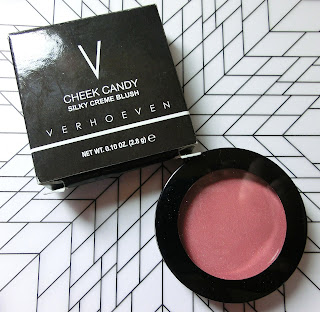 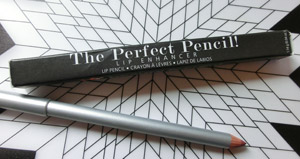 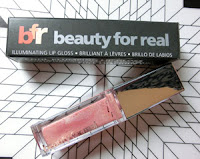 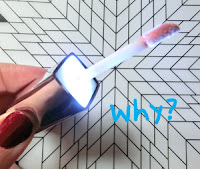 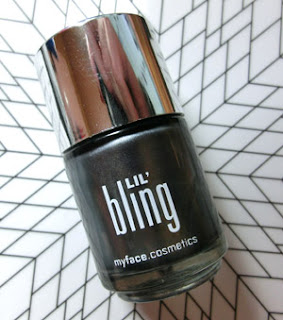 I think that's it.  6 full sized products.  There was also a couple little perfume sample vials, but I am picky about perfume, so I never use those.

I like the eyeshadow pretty well for rubbing on real fast so I don't look like a monster.

The nude lipliner was nice, and exactly the same color as my lips, so it was pretty versatile.

The lipgloss was minty, and the color of it was sheer enough to apply without looking.  The light made it handy for when I am chilling in a cave.

The blush was nice quality, the color wasn't too bright or dark for me.

The nail polish was nail polish.  I mean, I like doing my nails, so the more bottles the merrier.  My feelings on nail polish are usually HEEEEEY, NAIL POLISH!

The only thing I haven't revisited a ton was the liquid liner, and that's just because liquid liner is a little too fussy for me to mess with very often.  Also, I like heavier eye makeup usually, and doing that with liquid just makes you look like Kreayshawn.  It would be fine for someone with more self control.  The shininess of it was pretty, too.

None of the products were brands I'd used before, either, so if you're into trying new things, it's pretty legit in that respect.

Here's the sticking point for me-- it's $40 a box.  Was the makeup in the box worth more than $40?  I would say so.  It was more than I would have got on a trip to Sephora, and I never ever get out of there for less than $40.  The site suggested that the retail price for everything in the box I got was $105, which is pretty close to what I figured with my research.  Just the liner and eyeshadow retail for more than $40 together.  Also, looking around, it seems like a lot of the other beauty boxes that aren't as nice cost more than $20 a box. (Here is where I admit that I am ashamed for looking up the prices of everything in my box and the subscription price, because it makes me feel like I have bad manners.  I have too much Catholic guilt for the makeup blogging game.)

The Wantable site also says that you don't have to keep the box if you don't want it, and they include a return label, so if you open a box and aren't feeling it, you just return it and get your money back.  So, while $40 is a lot to spend on a mystery box, you don't have to keep it if you don't want it, it will probably all look good on you, and it's a good deal for what you get.  I think this would be a good thing to give someone as a gift, a couple seasons of this service would probably make someone who likes lady stuff pretty happy.

There you have it!  I reviewed a box thing for you, got free stuff, and did it without letting a cosmetic company use my head as a beer rest while I choked on their bone.  If you are interested in looking into Wantable, you can check out their site.  A special thanks goes out to those guys for sending the free stuff, appreciating my sparkling wit and humor, classifying me as a Scarlett Johansson-type in the profile, and not talking to me like I'm a dumb bitch.

HEY, if any of you have used any of the other beauty box services, comment and let us know how it worked out for you.  SHARE WITH THE GROUP!
Posted by Natalie Dee at 6:17 PM