After my last post about the caviar manicure, I had a lot of people saying I should have fed that Ciaté kit to The Pig.  I understand the sentiment, but I decided against it because I couldn't really offer you an alternative to the kit that A) worked and B) costs less.  I will feed mad stuff to The Pig, but I want to kinda be fair about it, maybe?  I don't know, I just didn't feel like it was fair for whatever reason...


ANYWAY, today I am gonna feed something to The Pig, and it's gonna be awesome.

I make no bones about the fact that I am a compulsive exfoliator.  I love it.  I want to scrub the skin off every fucking thing in the entire universe.  From the time I was a kid, and used St. Ives Apricot Scrub for the first time, I am like a junkie.  I even used to have some kind of weird hair conditioner with grit in it, so I could scrub the crap out of my scalp.  Ahhhhhhhh, I love it.


Now, the one thing I love as much as exfoliating is my American Express card...  I use it to buy groceries and gas and diapers and pay for just about every boring thing I need to pay for, then they give me points for everything I buy, and I can save them up to buy ridiculously expensive cosmetics that I would never ever spend my real life money on.  I even saved them up for a year once, and bought ALL of Nona's Christmas presents with them.  I didn't have to pay shit for any of it, and she kinda made out like a bandit.  But I digress!!!!


At some point, I had received a sample of Kate Somerville Exfolikate.  I used the little packet, and was like WOW!  It really exfoliated the fuck out of my face, smooth as hell.  I needed to get some of that shit, for real.  I looked it up online, and whoa nelly.  This shit cost $85.


I couldn't take money from my child's education, or from my retirement to pay for this shit, so I used all my fucking points.  At first, it was worth it!  It made my face nice and smooth, and seemed to make me break out less.


Then, one morning, I woke up with a weird patch by my mouth.  It was the size of a nickel, and scaly and red, and lifted up from the surrounding skin.  I had a second, smaller patch just like it on the other side, in my nasolabial fold area.  Weird.  I did some investigating, since I didn't have any dermatologist appointments scheduled for a few months, and getting another appointment would take even longer than that.  It looked to me like eczema.  I have never had eczema in my life before, let alone on my face.  It sucked ass.


I battled that face eczema for MONTHS.  I did everything, used moisturizer and hydrocortisone and all kinds of shit, just trying to do damage control until my derm appointment.  It would get a little better, then come back, then get better, then come back.  It SUCKED.  I kept using my Exfolikate, cause I doubly wanted my face to be smooth.  I used it once or twice a week, like the instructions said.


After I removed all the potentially irritating products I used, and replacing them with bland stuff, to no effect, I finally stopped using the Exfolikate, and my eczema went away.  I used it once or twice in the months after that, and the spots on my face would come back IMMEDIATELY, like flipping a switch.  When I stopped using it for good, the spot of my face disappeared and hasn't come back.


So, what is in this shit that makes your face freak the fuck out??  Let's check it out (again, with scientific assistance from Drew, everyone's favorite big dicked chemical engineer.)


OK, so we have everyone's favorite #1 ingredient, water.  That's no biggie.  Next we have lactic acid, which is an AHA like glycolic acid.  Polyethylene and PEG-100 are plastics, prob used for the gritty elements in the scrub.


The papaya, bromelain, and papain are fruit/fruit enzymes (the papain is a papaya enzyme and the bromelain is an enzyme from pineapple.)  These enzymes are going to denature the protein in the top layer of your skin.  That basically means that the chemical bonds in the protein in your skin are broken down with the enzymatic action.  This is fine and good, but you shouldn't really denature your proteins on a regular basis, or you are going to eat through the keratinized layer of your skin, into the epidermis, which is alive and doesn't take kindly to being abused.


Salicylic acid is a BHA, a pretty common ingredient that causes exfoliation.


There is a host of alcohols and Ceteareth-20, Glyceryl Stearate (both emulsifiers.)  So, this stuff is going to emulsify on your face (along with all your natural oils) and have a drying, soaplike quality.


Here is where we get to the interesting part...  You see all those various oils?  With the cuddly plant names that are sooooo natural?  Bergamot, lavender, geranium, rosewood, orange.... in the words of Drew, "They are just spamming the ingredient list with a bunch of stuff that sounds natural, even though none of those oils do anything."  Besides that, those oils are all on the tail end of the list, so there isn't even an appreciable quantity of them.  Repeat:  those oils don't do anything except make the ingredient list look better.


Now, the Linalool and Limonen are terpenes.  These ingredients are typically used as fragrances (not topically), and these terpenes in particular are known to cause allergic reactions in a lot of people, so much so that they are not even used often in fragrance blends anymore.  Why include irritating terpenes that are being passed over for their intended fragrance usage because they are so allergenic, and put them in a product that you are going to smear on your face?  Cinnemal is cinnemaldehyde, which is like hot cinnamon artificial flavoring...  there is also Cinnamomum Cassia Leaf Oil, which is another cinnamon-type ingredient (that is the Chinese cinnamon, which is toxic.)  Again, probably more irritating than it needs to be.  Maybe these are the ingredients that "improve circulation," since the blood rushing to your burning face will tend to improve circulation quite a bit.


This stuff has effective chemical exfoliants, in combination with manual exfoliants (the gritty stuff), and a soaplike action that is going to remove natural oils from your face.  The grit is going to cause microscopic scratches in your face, which will make it more likely that your face will be irritated by all the ingredients.  In addition, there are a lot of ingredients, like the plant oils and the terpenes, which you could very possibly be allergic to.


Aside from all that, the ingredients are all inexpensive commodity chemicals, repackaged with the price cranked up to 11.


Another quote from our resident chemist: "Yah, so basically it's going to inflame your skin unless you have no chemical sensitivity, and you never exfoliate or wash your face ever aside from using this product once or twice a week."


Me?  I was getting those scaly plaques all over my face, probably from the cinnamon ingredients since I am allergic to it.  It didn't occur to me to check the label for cinnamon, since it is face stuff, and cinnamon is a burny ingredient that you wouldn't expect in a face product, but there it is.  Kate Somerville wanted to cram as many ingredients that cause irritation and allergic reaction as possible into this stuff. 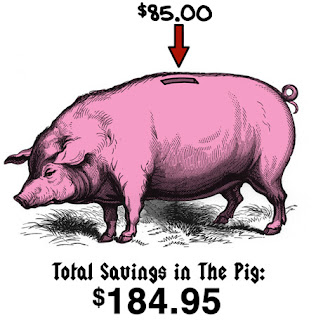 So, what is the alternative?


If you want to exfoliate your face (and why wouldn't you, exfoliating is rad,) there are a lot of methods that are cheaper, and with fewer unnecessary fragrances and ingredients that might set your skin off.


1.  My personal favorite, MD Forte and a washcloth.  This has never irritated my face in the least, and I use it everyday, sometimes twice.
2.  A good old BufPuf and some bland cream cleanser (you don't want to scrub with foaming cleanser, that will dry you out.)
3.  If you want a manual scrub to use once in a while, when you want to do a spa night, or scrub up good before going out somewhere nice so your makeup looks smooth, I like the Olay Regenerist Microdermabrasion Kit (which is almost the same thing as the Philosophy Microdelivery Peel, which costs 3 times as much.)
4.  If you want to do an at-home chemical peel, you can buy lactic acid peels with no other ingredients to freak your face out.  These, not surprisingly, are a fuck-ton cheaper than that Exfolikate, and if it bothers your face, you will know the ingredient to avoid in the future, instead of having to figure out the offending ingredient from a list longer than the ingredient list for Pop Tarts.  NOTE:  I've not used these peels before, proceed at your own risk. 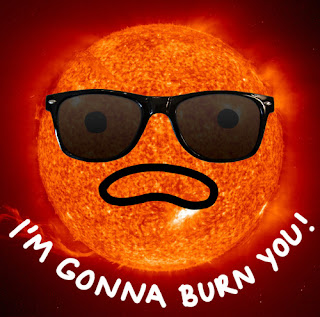 OK, on that note, I thought I would contrast my analysis of Exfolikate with a recommendation for a product that is actually good for you.  A lot of people have written to ask about sunscreen.

I use Cerave AM.  I am very fond of Cerave products in general, especially the sunscreen I mentioned, the Cerave PM (nice and light night moisturizer, especially good if you're acne-prone) and the Cerave Cream that I put on everything that will stand still long enough to get greased up.  They are as boring and unsexy as possible, even more unsexy than Cetaphil, but they don't smell like anything, they are awesome moisturizers, and the sunscreen doesn't sting or break me out.

Y'all need to use sunscreen, for real.  It is on the extremely short list of beauty products that actually do what they say, and have an actual benefit.  Sunscreen is the only thing that will prevent wrinkles, and not wearing sunscreen and letting yourself get tan or burnt is the best way to make yourself look like one of the dolls you make with an old dried out apple.

Seriously, if you want people to be like YOU'RE 50?!? YOU LOOK 38! when you are older, you have to put it on.  Everyday.  Even in the winter.  I'm not even an old lady, and I can already tell which people I know wear it, and which don't.  WEAR IT.  Vanity aside, do it so you don't get skin cancer.  Sheesh.